About Us
No items in cart

Founded in 2003, Environmental Enhancements was the result of a personal hardship caused by a common, yet largely unrecognized,  problem with septic systems.  After only 1½ years in my new home, I had the pleasure of cleaning up 2 inches of sewer effluent in my  basement.  My septic tank outlet pipe had become blocked with washing machine lint.  Much like dryer lint, I discovered that washing machines break down clothing fibers and pump them into septic systems during the rinse cycle.  I went to the hardware store to find a product to solve this problem, but came home empty handed.  In the end, I designed and fabricated my own prototype – the Lint LUV-R Septic SAV-R.  I have been using this product in my home for 18 years and have now sold over 7500 units internationally through my home-based business.

The Problem with Lint

Recently, scientists have connected increasing microplastic contamination in aquatic systems to synthetic fibers from washing machine effluent.  Ineffective or non-existent household and commercial wastewater and sewage filters currently allow these fibers to enter our oceans, lakes, rivers and groundwater systems unabated. Microplastics can then be ingested by fish and other marine life, thereby entering the food chain and our food supply. 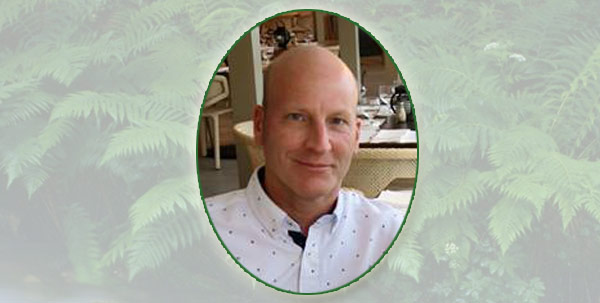 An energetic, experienced, and technically sound individual with a strong background in the engineering and manufacturing fields. A self motivated and directed individual with leadership skills and qualities. A team player who knows and appreciates the values and advantages created in a work team environment. An individual committed to the betterment of our environment and people less fortunate than ourselves.

The Lint LUV-R washing machine lint filter was developed in October 2001 by Blair Jollimore in Montague Gold Mines, Nova Scotia. The design uses a stainless steel mesh filter fabricated in Nova Scotia placed inside a water filter housing fabricated in Toronto, Ontario. A rubber grommet is used to provide the seal between the mesh filter and the spigot of the housing. The filter and housing are combined with fittings, screws, clamps, tubing, Teflon tape and instructions to form a self-install kit that the owner can mount in their laundry room under a shelf or cabinet. An optional wall mount bracket kit is sold if the owner doesn’t have a suitable location for mounting.

The design has no moving parts and is simple, durable and effective. Its purpose is to prevent washing machine lint from entering the septic system. Lint has caused flooded basements, damage to septic pumps, blocked sewer piping and clogged septic distribution systems. The Lint LUV-R is an environmental enhancement that prevents damage to our environment.